A lot of times, we talk about quitting, failing, and giving up but what we don’t often talk about is pausing. While it is important to talk about topics such as giving up, we often neglect to talk about the times when pausing looks a whole lot like quitting and quitting ends up being a pause.

One of the major ways I observed this was through this very website.

If you don’t know, Thoughtful Minds United was actually created in 2013. We had several ups and down throughout
the duration of the site but all-in-all it was pretty successful in my eyes.

However, trying to manage my own personal struggles while coming up with interesting content and trying to lead a group of people was a difficult task for me. In the end, I lost motivation to even want to come onto the WordPress platform, much less write. So at 13 writers and about 800 followers, I decided to terminate the blog.

Even though I had no motivation to write, TMU was still very important to me so shutting it down was a difficult thing to do; after all, I worked so hard to build the site. In fact, we had several years of inspiring and connecting with our followers to validate us.

But after a word of prayer, I felt completely at peace with the decision. I thought that the only blog I’d run from then on was a personal blog that was updated sparingly.

However, what I did not anticipate was coming back to the same idea a short while later.

I was just taking a pause or an unintentional break and I had to start from the ground up again.

I learned a lot during my break and even re-entry into the blogging world. I learned how I lost motivation and that I needed to leave to go through the hardest period in my life. I also learned some of the methods that work and don’t work when it comes to growing a community.

I think what many don’t understand about this site is that it is not just a spur of the moment thought. TMU takes planning, effort, and money to run.

What I’m trying to say is, life can be difficult and sometimes we need a break to refocus and re-energize.

You may need this too. Just because you are leaving an activity does not always mean that you are quitting or even giving up.

Sometimes, it is more beneficial to just step back so that you can learn.

What do you need to take a pause from?

Join our community and be notified of new helpful posts such as this and exclusive content by email! 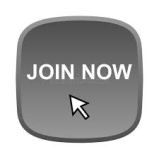 9 thoughts on “Motivation Monday: When Pausing Looks A Lot Like Quitting” 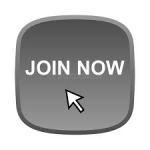